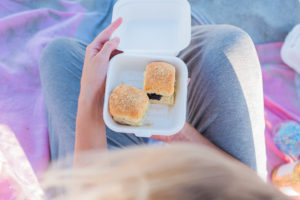 Full Recovery From Your Eating Disorder IS POSSIBLE!! 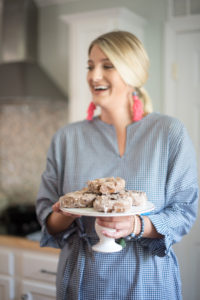 Binge eating disorder is defined as recurring episodes of eating significantly more food in a short period of time than most people would eat under similar circumstances, with episodes marked by feelings of lack of control, shame and self-hate. Someone with binge eating disorder may eat too quickly, even when he or she is not hungry. The person may have feelings of guilt, embarrassment, or disgust and may binge eat alone to hide the behavior. This disorder is associated with marked distress and occurs, on average, at least once a week over three months. While overeating is a challenge for many Americans, recurrent binge eating is much less common, far more severe, and is associated with significant physical and psychological problems. The majority of individuals with BED are not obese or “overweight”. (American Psychiatric Association, 2014) (Project Heal, 2017).

A major and common misconception about anorexia is that the individual must be incredibly thin and/or underweight.  This is not always the case, in that individual’s with a healthy body weight, and even those in larger bodies can and do struggle with anorexia.  Several formally overweight individual’s who lose a significant amount of weight end up developing anorexia nervosa (Project Heal, 2017).

Characterized by frequent episodes of binge eating followed by inappropriate behaviors such as self-induced vomiting, forced elimination, and excessive exercise (also referred to as purging behaviors) at least once a week to avoid weight gain or to avoid external stress. Similarly to anorexia, bulimia involves a distorted vision of the body and an obsession with food intake (Project Heal, 2017).

A conglomerate of behaviors and disordered addictions that demonstrate a disordered relationship with food and body. The most commonly studied Eating Disorders are Anorexia Nervosa and Bulimia Nervosa, although more research is arising on the topic of Binge Eating Disorder and OSFED , as these are the most prevalent within the United States (The Council on Science and Public Health, 2007). OSFED is considered a “catch-all” or broad category within Eating Disorders, as it is the presence of several ED behaviors (American Psychiatric Association, 2014). As of now, exercise addiction and Orthorexia are classified under OSFED, this is when “clean eating”/ “healthy eating” and exercise become disordered and dysfunctional. Many individuals with an ED show signs of several behaviors across all schemas within ED diagnosis; such as, binging, purging, restricting and showing severe signs of anxiety in relation to food, and her body.

There have been a considerable amount of changes and alterations to the diagnostic criteria surrounding Eating Disorders within the Diagnostic Statistics Manual-5 (DSM-V). With that, classifications of the disorder, as well as, information that discriminated against males, and individuals of a “normal” or “heavier” weight, have been removed (APA, 2014). Therefore, the DSM-V severity scales vary within each specific diagnosis of and Eating Disorder, although there are severity scales in relation to the quantity of said behaviors being used. For instance, a mild case of BN is an average of one to three episodes of inappropriate compensatory behaviors (binging, and purging) per week, a moderate case is four to seven episodes, severe is eight to 13 episodes, and extreme is fourteen or more episodes per week. The severity scales are within the DSM-V to note the severity and frequency of habitual and additive behaviors, rather than comparing the overall seriousness of an individual’s disorder, in that all Eating Disorders are serious. Due to the various behaviors present within OSFED, a severity scale cannot be related to this diagnosis, rather to the more prevalent behaviors within the use of various behaviors. Therefore, seeing that Sarah tends to use purging most often, the severity scale will be applied to her purging behaviors under a BN diagnosis.

Here is how I look at it, there are three “musts,” “shoulds,” and “have-to’s” in life; in order to stay alive, an individual “has to” or “must” eat, sleep, and eliminate. If an individual finds a compulsive comfort in any of those three “musts” they most likely have some sort of disorder. For instance, individuals with an Eating Disorder find compulsive comfort in eating, not eating, and elimination, in that they consume their every day. Therefore, during recovery a major step is to learn how to practice self-care; find things that can replace those compulsive comforts, such as, feeling your feelings, resting, mindfulness, meditation, essential oils, and journaling. In the beginning of recovery individuals have such a hard time giving up their disorder, or those compulsive comforts, one may even miss their Eating Disorder…yes I know that sounds wrong, but it’s true, some miss the feeling of hunger, they miss compulsive unhealthy behaviors. Therefore, with the help of a treatment team, family, friends, hard work and dedication IT IS POSSIBLE TO move past the “hard” part of recovery. This is so incredibly difficult, disastrous at times, and painful, but oh my goodness is it worth it! Think of it this way…

An Eating Disorder (ED) is like an abusive boyfriend. One may even love their Eating Disorder like they would an abusive boyfriend. Their ED is their rock, their comfort, their hug, their kiss, their everything! An ED abusively pushes one through all of those hard times in high school, in junior high and elementary school! ED is there for them when they are lonely, sad, anxious and feel the world is just too much! But  ED is also horrible, abusive, ED treats everyone terribly! Once one decides it is time to break up with their ED things become much more difficult… ED won’t let you sleep, ED calls every second of every day, ED taunts and plays games, and every time ED comes back it feels so good, but only temporarily! Once one is under ED’s spell it beats them up again and again, but they hold on with your dear life! It gets so much harder before it gets better! One must be ready to really break up with ED, and move on! Yes, there are some bumps in the road….but you will learn from each and every bump, because recovery is not linear, and it is so worth it!

It is important to keep in mind that full recovery IS POSSIBLE, BUT WITH SUPPORT! Many reach recovery with help and an enormous amount of support; albeit clinical/professional support, emotional support, and personal support (SELF CARE, SELF CARE, SELF CARE)! With that being said, clinical/professional support is incredibly important, actually crucial and necessary within the recovery processes. This blog, friends, family, self help books are helpful, but WILL NOT AND CANNOT fully pull you out of your eating disorder, and that is the harsh but beautiful truth!

I am currently a graduate student  earning my Masters in Clinical Mental Health Counseling to eventually earn my license as a Licensed Professional Counselor (LPC). I am earning my hours within my internship stage towards my future license. I provide Recovery Coaching and Eating Disorder Recovery Support groups using my trained treatment skills. In addition to my MA, and future LPC, I am also seeking specialized credentials through IAEDP.

The National Association of Anorexia Nervosa and Associated Disorders (ANAD)