I am providing my unique and educated perspectives and opinions on the Netflix feature film To The Bone. This is an incredibly controversial topic that I feel must be addressed, and I would like to preface this with this simple statement…. I, in no way recommend an individual within their Eating Disorder, or within the beginning and/or fragile stages of recovery to watch this film, just as much as I would not condone an individual who experienced trauma and has Post Traumatic Stress Disorder (PTSD), serving our country overseas to watch American Sniper, as these Hollywood depictions of mental illnesses can be incredibly triggering to those experiencing just that! 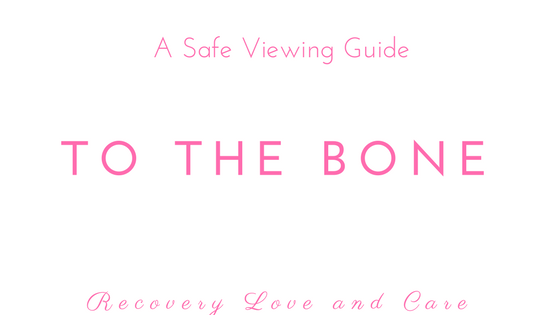 My Opinion on To The Bone

I most likely will dissatisfy and possibly upset many within this post, as my opinions regarding this film do not necessarily coincide with the majority opinions within the Eating Disorder community. I actually liked this film, although I found several triggering and falsifications within the film….granted each and every story is different and we must start somewhere! If this is where we start talking about Eating Disorders….then I am in support! FYI: the Eating Disorder community is not necessarily  pleased with this film, in that Instagram gurus and fellow #EDWarriors have written several posts about the dangers, dislikes and falsities of the film….and to be clear, I do not necessarily disagree with these opinions! I absolutely believe that Hollywood has a knack for glamorizing mental illnesses, falsifying symptoms and fabricating truths, but that unfortunately is the definition of hollywood, people want an escape, people want to feel taken away by a film! Therefore, I will say this again, I DO NOT recommend or condone any individuals who feel vulnerable within the topic of Eating Disorders to watch this film, as it may be triggering! With that being said, here are my thoughts and tips in regards to viewing this film

The film focuses on a story of a twenty year old, heterosexual white female who has Anorexia Nervosa (AN). Ellen, the main character, depicts the stereotypical image and description of what an individual with an Eating Disorder “looks like”, emaciated, female, and white. This is absolutely a valid depiction of many individuals within their Eating Disorder (ED), although this exact stereotype is why so many cases go unnoticed; that is 50% of ED’s go unnoticed within primary care! With that being said, the film does depict other body types, ages, sexes, genders, and races, as ED’s do not discriminate!

Let’s Talk About it!

The film focuses on one small aspect of Eating Disorders, in that the all encompassing process of Eating Disorders spans over years, sometimes decades! The plot focuses on a specific moment within the character’s treatment. Ellen, played by Lilly Collins, is admitted into an exclusive, and “radical” inpatient treatment center ran by a doctor, played by Keanu reeves. This treatment center is drastically different than that of a typical inpatient setting, in many ways, although that is not necessarily what this post is about! I am not writing this to review the movie, nor to shed light on the falsities and fabrications within the script, rather I want to talk about safe ways to watch and talk about this film!

Not a Film Review

This film is on Netflix, therefore it is accessible to many! Hence, seeing that I am not a film critic, and instead an advocate for Eating Disorder Awareness and healthy and safe practices of self-care, I have laid out some viewing and talking points for you! With that being said, whether you are a mother, a grandmother, a father, a son, a brother, a sister or a friend, I highly recommend reading these tips, as this movie can cause for triggering thoughts and emotions surrounding Eating Disorders, body image and mental health.

***I will say this again, I do not encourage individuals within their Eating Disorder or in the beginning stages of recovery to watch this film, as it may be triggering….just because it may be “relevant” does not mean you have to watch it! 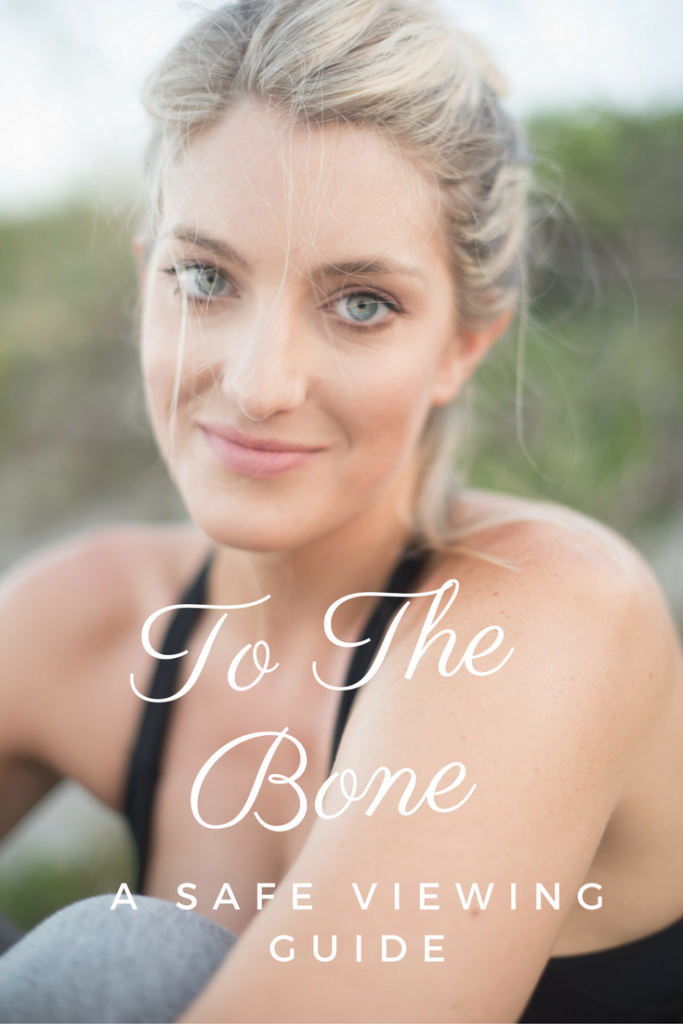 1.Make sure that you are viewing this film in a safe space. Are you surrounded by people that care for you, or that you care for? Are you around friends, family or loved ones? Are you mentally and emotionally prepared for severe visual depictions of Eating Disorders? Ensure that you are feeling safe, whether that means you are surrounded by people that you trust, or maybe you are providing that support for someone else!

2.Have the remote in hand. Pause, rewind or maybe even fast forward the movie when you feel you need to process or absorb something! If you are watching this with your daughter, pause the movie at times where she may show discomfort or confusion and start a dialogue surrounding the feelings and emotions brought upon by the film. This film can cause for people to notice behaviors that they never realized they were practicing, such as body checking and food rituals, therefore if your loved one asks questions regarding these behaviors lend an ear and listen to their concerns. Afterwards, reach out to Recovery Love and Care or a clinician for professional advice!

3.Fact check and perception check! If you are watching this with a loved one or younger person, make sure to provide proper information and education regarding behaviors and symptoms surrounding Eating Disorders. Talk about the concept of body image, and process the feelings that may arise from the character’s depiction! Eating Disorders exist in ALL bodies, fat bodies, skinny bodies, “normal” looking bodies, black bodies, brown bodies, old bodies, young bodies, male bodies, female bodies, trans bodies, able bodies, rich bodies and poor bodies, therefore make sure to educate in a proper manner to supplement the images seen in this film!

4.Set aside time before and after viewing the film to process your thoughts, whether that is via a journal, text, phone call or face to face conversation! It is so important to give your thoughts and feelings a name, it will help foster a sense of understanding and safety surrounding this movie. This movie was meant to start a conversation, and there is not wrong one to have, because your feelings are your feelings! Process in a safe environment! I recommend either sitting down with a loved one and having a conversation, or journaling your thoughts!

5.Keep yourself and others accountable and encourage conversation! No, there is no wrong or right way to “feel” before, during or after viewing this film, although the conversation regarding the education surrounding Eating Disorders is crucial! Remember….people with Eating Disorder’s are not selfish, and they do not “choose” their disorder, Eating Disorder is a mental illness and serious addiction that requires clinical treatment and intense recovery, placing blame and fault is counterproductive and quite pointless – instead focus on help, and lastly, Eating Disorders exist in ALL bodies, all ages, sizes, races, ethnicities, socio-economic classes, genders, sexes and sizes…!

6.Question WHY you or your loved ones are watching this film. This statement is in the absence of shame, and instead to challenge your motivations behind this viewing. Is it to educate yourself? Is it to form an educated opinion on the reliability of the script? Is it for entertainment? Or is it another voice telling you to watch it….maybe it is your “diet” voice, that “Eating Disorder” voice, or another toxic and sneaky reason why you “want” to view this film. That is all OKAY….but if it IS your ED voice, or you are watching the film to pick up new habits and indulge yourself in toxic thoughts, I challenge you to combat that voice. You are bigger, better and stronger that that voice! This film is not a “funny” movie, it is not a “feel good” movie, therefore, again, I ask you to question your motivations behind viewing this film! Make sure you are staying safe and true to your own voice!