Here is a photo summary of my practiced self care this week…being away from Sean is so tough for me, so I make sure that I am on my self care game more than usual! So this week that meant family time, more family time and rainbow sprinkles….what could be better?! 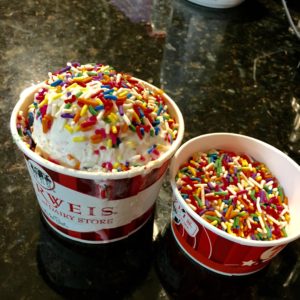 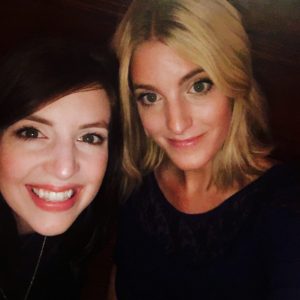 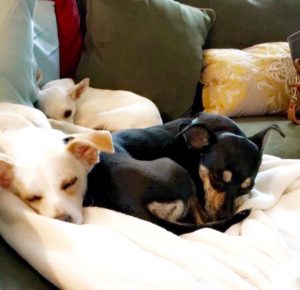 Seeing that our brains aren’t completely worn out yet, I will be sharing an educational “blurb” on eating disorders (ED). Now, ED is misunderstood by so many, even clinical professionals!….It is constantly seen as a vain disorder that is self induced or created by bad parenting….and let me tell you right now this mindset and way of thinking is incredibly outdated! So, as you read this post, I ask you to relearn what ED means to you, try to take the judgment and shame away, and have an open mind! For those of you within your own ED journey or recovery, try to take a moment to be honest with yourself, and find a piece of empowerment for where you are within your journey! Awareness and education can be the start to your recovery journey…..

The Disorder According to Current Research

ED is a serious mental illness that significantly affects the worlds population, in that it encompass a wide range of symptoms, factors, and cultural boundaries, therefore it IS NOT just a white girls disorder (Fursland, Byrne, Watson, Puma, Allen, Byrne, 2012). Negative Body Image Conception (BIC) crosses all cultural boundaries, therefore affects the African American population, Latina/o American population, Asian American population, American Indian population, etc. etc. The DSM-V (Diagnostic Statistic Manual- volume 5; the bible to mental illness and disorders) has made a significant amount of alterations to the definition of an eating disorder, for instance, binge eating disorder is now included, as well as, Eating Disorder Not Otherwise Specified (ENOS), seeing that the majority of the eating disorder population falls under this category (American Psychological Association, 2015). I myself was diagnosed with ENOS, in that I was diagnosed with Bulimia with restrictive tendencies, therefore along with peer reviewed, and empirically base research, I will be sharing my own perspectives as well . Another change within the DSM-V was geared towards Bulimia Nervosa, which is characterized by frequent episodes of binge eating or compulsive over-eating followed by unhealthy behaviors, also known as purging. DSM-V criteria reduced the frequency of actual binging and purging, or use of compensatory behaviors, to at least once a week, as opposed to at least twice a week as stated in the DSM-IV (The previous…. outdated Diagnostic Manual). 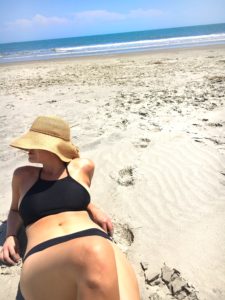 Now, lets check in….this changes your view on eating disorders already doesn’t it? How many people do you know that fall under this category?….again lets open our minds and relearn what ED really means!

Approximately half of individuals with eating disorders (ED), do not meet the DSM-IV criteria for anorexia or bulimia, and are therefore diagnosed with an eating disorder not otherwise specified (ENOS), which is usually a mix of many symptoms, behaviors, and factors (Fursland, Byrne, Watson, Puma, Allen, Byrne, 2012).

Okay so understanding what defines ED, such as ENOS and Bulimia, it is also crucial to understand the MULTIPLE factors that are involved in ED, and in this case Bulimia and ENOS.

Recent research has uncovered that the prevalence of ED is now on a global level, in that culture has very little to do with actually having an eating disorder, instead it has an affect on whether a person is actually diagnosed (Talleyrand, 2012). Yes, there is a higher possibility that individuals within “Westernized Cultures” are diagnosed with ED, but race, ethnicity, religion, and other cultural context are somewhat irrelevant with Eating Disorders. So, I will say it again…an Eating Disorder is not just a White Girl Disorder…..instead it is incredibly prevalent, and so very real no matter your cultural, racial, or ethnic background! This is so important to understand because once that veil is lifted, everyone and I mean everyone that lives with ED can seek help!

Bulimia and ENOS are said to be strongly related to anxiety disorders and mood disorders, such as depression (Barlow & Durand, 2012).

…Again does this ring any bells for you?!

Typically, individuals with ED have perfectionist tendencies, as well as, underlying traits of emotional instability, which may then affect their opinion of their inward and outward self, which in turn causes self loathing (Barlow & Durand). Recent research has also displayed that depression may even be a reaction to bulimia and bulimic tendencies, and therefore further proves the prevalence of psychological factors within ED

So to those of you who are skeptical of others….or even skeptical of yourself….please know that this is so much more than what you perceive it to be….ED IS NOT A CHOICE…and if you’re still not convinced keep reading!

Eating Disorders tend to run in families, in that siblings/relatives of individuals with ED are 4 to 5 times more likely to develop an Eating Disorder than the majority population; therefore there is a prevalent genetic variable within ED. Yes, it is still difficult to speculate that personality traits, such as, poor impulse control, and emotional instability may be/ can be inherited, therefore an individual may instead inherent the tendency to be emotionally responsive to a certain life event, and therefore may utilize Bulimic behaviors to cope with stress and anxieties brought on by said life events (Fursland, Byrne, Watson, Puma, Allen, Byrne, 2012).

As stated above, it is now considered outdated to blame familial tendencies and family structure on the onset or causation of Eating Disorders….The Academy for Eating Disorders (AED) stated that, yes, factors such as family do play a role in the genetic factors and maintenance of ED, although current knowledge refutes the theory that families are even a primary mechanism within the onset of ED (Barlow & Durand, 2012). Instead, direct and indirect environment such as friends and the main stream media, have an impact on ED, in that it only enhances self-loathing, and unattainable body images, but they do not singularly cause ED (Fursland, Byrne, Watson, Puma, Allen, Byrne, 2012).

Yes, families do have a part in this, in that once their child or sibling shows symptoms of ED, it is there choice to act on it and seek help or ignore it….with that being said, sometimes the signs aren’t so clear…but that is why you are reading this blog right?!

So, ED is real, and so very alive within our world today…. and the reason I shared this clinical/professional view of ED is to gain awareness and education, as this is the first step within recovery! Self-Awareness is key to finding help, admitting that you have a problem, and starting your journey towards recovery! And, as always I want to remind you….ED Recovery IS NOT LINEAR, ED Recovery is a process and journey, and the journey is usually incredibly bumpy in the beginning….but IT GETS BETTER! Once you reach peace within your recovery….oh my goodness does it feel good! So keep on trucking through, and don’t forget practice self care, self-care, self care!!!!

This will be a Wednesday series within my blog….therefore I will touch on the misperceptions of ED, and ED recovery! As always, please feel free to join in on the conversation!